In My Beauty, fashion and culture’s most compelling faces reveal in their own words what beauty means to them

As the lead singer of alternative pop group Garbage, Shirley Manson stepped into the public domain in 1995 with the release of their self-titled debut. Butch Vig, producer of Nirvana’s enormously successful Nevermind, approached her to collaborate on a one-off musical project, and the Edinburgh-born Manson soon became a full-time member. In October this year, they kicked off a tour to celebrate the 20th anniversary of the album: ’20 Years Queer’, a reference to the band’s early single “Queer”.

Mixing elements of genres from punk to hip hop, Garbage’s unique pop sound helped define the mid-90s, with Manson’s lyrics often coming from the darker side of her nature. But Garbage didn’t just push the boundaries sonically, they were also visual innovators, with Manson picking out 60s silhouettes and mixing them with kinky twists – PVC mini dresses, feathers, latex, her trademark stunning red hair – at a time where most women in music preferred their shirts plaid and pants ripped. It was an aesthetic M·A·C celebrated in 2002, when she joined the ranks of VIVA GLAM spokespeople. Outspoken and articulate, Manson remains a true iconoclast. 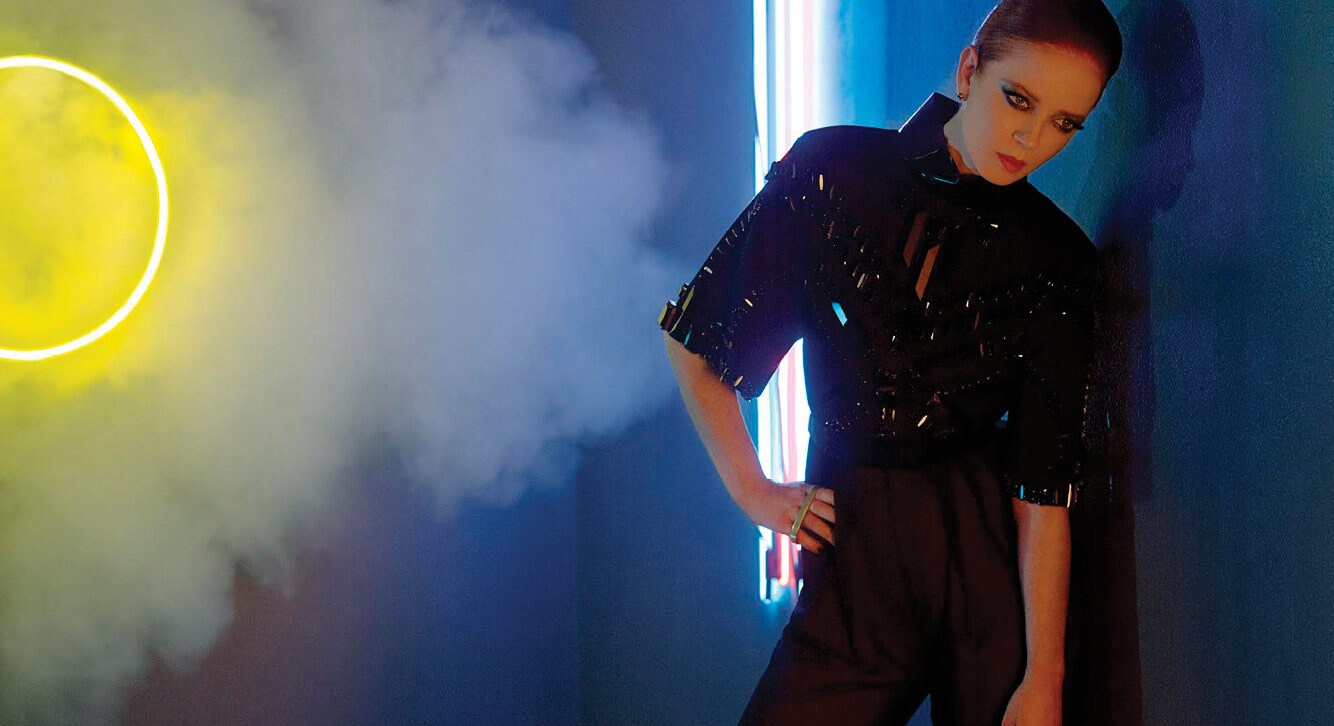 “It’s funny looking back, because it’s 20 years since we released Garbage and I’ve been thinking a lot about that period of time. I remember watching Kylie appropriate alternative rock culture – when she became “indie Kylie.” And I remember thinking that it was interesting what she was doing, borrowing from one culture and putting it into a mainstream context, and then doing the opposite…”

“I appropriated pop culture coming from an alternative standpoint. All the alt-girls of that time wore flannel shirts and were aggro and had Dr. Martens boots and trousers. I wanted to stand out…The world is large and if you don’t stand out, you get overlooked. I went the opposite way from everyone – I loved makeup, I wore miniskirts and minib dresses. We worked with amazing fashion photographers and videographers. The mainstream loved us, they gobbled us up. I was the It Girl! I was on the cover of every taste-making magazine there was, it was a full-on media onslaught. 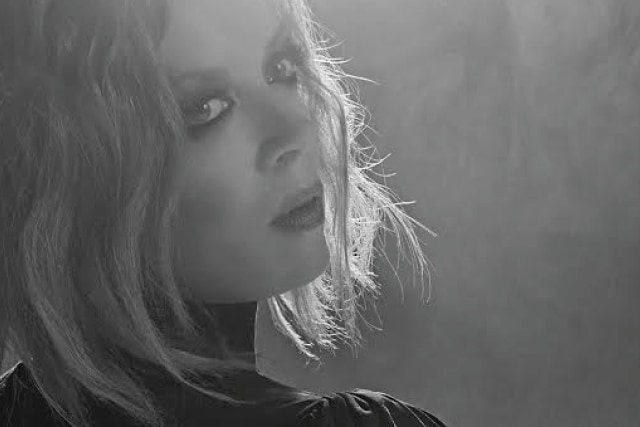 “I loved makeup, I wore mini skirts and mini dresses…I was the It Girl! I was on the cover of every taste-making magazine there was.”

“With artists now, if often feels like they are being served to us on a platter. You can smell the image-making machine behind them, they have the right haircut and the right makeup and the right clothes. You know for a fact it’s too perfect. It smells of bullshit. Everything has become homogenized. We’re literally living in Orwellian times – individuality is becoming rarer and rarer…But I think that will change. I feel a cultural longing in the air I haven’t felt for a decade. Wouldn’t it be refreshing to see a woman who didn’t look like she’d been put through the beauty-making system that exists in the music industry these days? It just feels so…manufactured.”

“In a funny way, when Miley Cyrus came on the scene, it made me think about myself too. She approaches certain situations in the same way I did – I was always grabbing my tits and sticking my tongue out, and pulling up my top to amuse the boys when the person we were meeting with wasn’t looking. I had no idea what the compulsion behind that behaviour was, until I heard Miley talking about it in a very articulate way. She felt all the typical posturing of women in our culture was very submissive and cartoon-like and sexually alluring. And she didn’t want to be thought of in those terms.” “I understood that female sexuality was incredibly powerful and I wanted to be careful how I used that, and I also wanted to subvert it.”

“You see it now in some older pop stars who are unable to break free of the cage of being affirmed by the public for their looks. They don’t quite know how to get out of that cage, and it does become a prison when you are, you imagine, being viewed solely for your looks. And as you age, you lose your sexual vitality in the traditional sense, and the artist loses a sense of themself at the same time. And I refuse to get into that.”

“Patti Smith and Siouxsie Sioux and Chrissie Hynde were my staples. They taught me how to protect myself against ultimately being diminished by societal expectations of women’s looks, which are not tangible. You can’t hold on to that power. You can hold on to your wisdom and experience, and you can have your own form of sexual potency, but it’s not one that is at the mercy of voyeurs and outsiders. I feel like I am proud of being 50 and surviving and having an incredible, exciting life. Until more women stand up to it, en masse, we are buying into this idea, we are selling ourselves short, that a women’s worth is tied into how beautiful she is. And that is not true.”